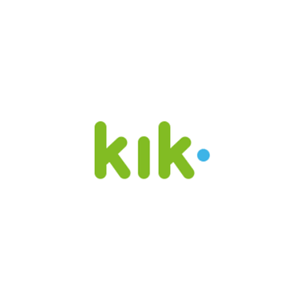 Kik is a chat platform that enables users to connect and interact through chat with whoever and whenever. Kik is targeted at teenagers that are increasingly using chat to communicate and get information. The company was launched in 2009 and has become one of the most used chat platforms, with more than 300 million users.

Find the best other websites like Kik at Webbygram